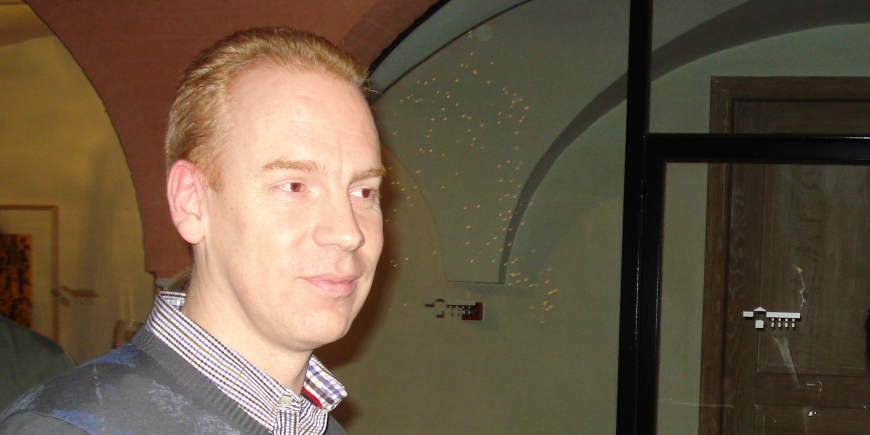 Anyone who works in Lummen probably knows Nico from the beginning. He is currently the one in Belgium with the most “kilometres on the clock”. But certainly not a depreciated old-timer!

25 years ago we were looking for a PLC programmer on Philips P8 for GTI Geleen. That was a new PLC system from Philips (as a competitor of Siemens). Nico had some experience with this from an internship at Philips. The client had no experience at all, so that was quickly settled. It was not next door because the work turned out to be for GTI Oisterwijk.

Nico had no problem with the fact that he had to drive long distances to Oisterwijk. He rode up and down without any objection and did his job skillfully and involved. Customer satisfied, ACE satisfied. And with that, the road to permanent employment was more or less paved. 'This guy' could easely fit on external projects, was the opinion then.

Nico only partially agreed on that. Together with the management team at that time, he had the ambition to carry out internal projects. We already did internal engineering work in both the mechanical and electrical domain, but no in controls yet. Nico got the confidence of his management to also do programming work internally. That actually implied the start of turnkey work: a project for Atlas Copco for hose testing. Not a big project, but every start is difficult. Especially when it comes to continuity.

Nico persisted and turned out to be a cooperating foreman on the internal E-work. A few years later he rises to project leader. And his ambition had not cooled down yet. He wanted a permanent internal team, and was able to keep the team together.

Our own assembly hall

Turnkey projects were carried out with partners. That evolved in collaborations with Pollers and Heveco. Nico became a project manager and the ambition was still not cooled. Nico wanted his own assembly hall. And Nico's dream came true. ACE got a small hall at the new office in Lummen: approx. 300m2 and an old forklift. And it worked!

That worked so well that we had to move to a new hall within a year because the first one turned out to be bee to small. And history repeats itself, because Nico now wants an ERP system to adequately manage projects in terms of materials management........It is suspected that he has a few more wishes on his list (we are betting on a PDM system. So that means that he is far from finished within ACE...

Big applause from the entire organization

In short: it is a pleasure for all of us to see how Nico, with all his involvement and experience, is committed to a higher goal, namely a collective ambition: delivering good work, taking responsibility and growing to the professional level where Lummen is now. Of course not alone. A pioneer is only as strong as his followers.

But the role of guiding that collective ambition and getting it supported by the organization should not be underestimated. And the trust that comes with it, has never been betrayed. That deserves a big round of applause from the entire organization.

EMPACK 2022 - THE FUTURE OF PACKAGING

Do you want to know what ACE can do for your company?